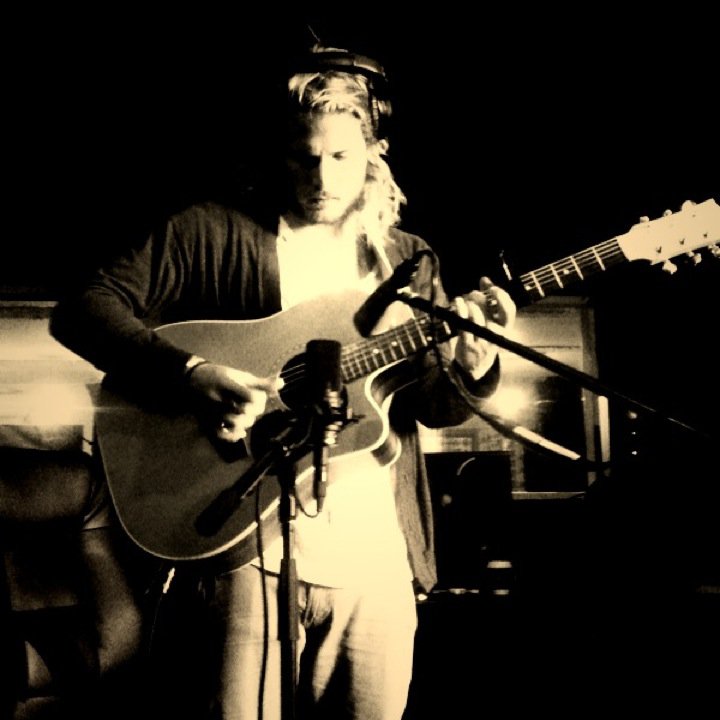 Where did music start for you?

I wish I had some sort of really amazing, inspiring, tale to tell how it started, but i don’t, its pretty bloody standard hahah. Music started for me when I was around 10. I started by being taught classical piano, and also started on bass guitar in primary school concert bands. Has it always been the be all, end all?

Yeah, I guess… Like every other bugga, I didn’t really know what I wanted to do after school. I always new I wanted to play tunes and go travelling, and being a musician those two go pretty much hand in hand. I think if you really want to do anything to its full potential it’s good to have the mentality that it is the “be all and end all”. That way I reckon you get more done, and more out of it!

You were once in a semi cult, Sydney, band PASH RASH. Can you tell us a little bit about that? Any chance of a revival tour/performance?

AHAHAH they were some of the best gig days of my life!
PASH RASH started as four blokes aged between 17 and 20 called “BOOZE HOUND, RAT SHIT ROB, WINING WINO AND DEAD HEAD ED.. We all had the same love for playing instruments really loud, really badly, getting well boozed and ocationally pash’n babes!! Mind you, most of the time we couldn’t really Pash those babes due to the lead singer either writing them off or all of us fellas not being able to walk.

I would love to go and tour with those sleazy pricks for sure, maybe next year. See how we go.
But I just found this little cracker little vid from our last show!

Last year you travelled around America, what exactly was the purpose of the visit?

My last trip to the states was touring with a movie called “Somewhere Near Tapachula”. Two very close mates of mine are film makers. They made a non for profit documentary on an orphanage in Mexico. Basically it’s about the kids learning how to surf and how much the surf has changed their lives! The film was made with the goal of raising 100 Thousand Dollars to give straight back to the orphanage. I wrote a bunch of songs for the film, and played live at all the screenings before the film started. We toured the film around OZ then was lucky enough to go to the US and tour it there! We ended up reaching our Goal of 100k. The money is being used to give kids the opportunity to go study over seas, and also to build their own surf camp/school! Great things are happening in Tapachula now!

I got to go down to Tapachula and hang out and surf with the kids. If you love uncrowded, perfect, beachies I couldn’t recommend a better place.
Touring this film, then finally meeting the kids in the film was THE most rewarding thing I have ever done.
So rad to know these kids are going to have a super exciting future!
Have a look at the trailer…

It can be a pretty big eye opener for someone who hasn’t been to the US before, what did you think? Any crazy stories?

Massive eye opener! The US is epic!The best story I’ve got from that joint is the day I landed I was meant to be meeting up with a bunch of mates and then going on a road trip to Colorado to a film festival, but we were held up due to a mate that flew in the day before. He had one night out and managed to do a poo in public under a tree, got caught by the cops (mid poo) and locked up. He was thrown into Long Beach County Jail! The next day we all had to go watch him in court and then we bailed him out! I kept thinking of the conversations he would have been having with the other blokes in jail, ” hey what you in for son?” “ummm shittin in a bush out side a mall”!!!!!! HE HASNT BEEN THE SAME SINCE LEAVING LONG BEACH COUNTY JAIL!!

Can you tell us a little bit about the guitar made from an oil drum? How did that come about and why?

I was travelling in South Africa and went to a market in a township and this bloke had a store and playing these weird looking guitars!.. I was having a chat to him and he was telling me that he hand made them using materials from around the township where he lives. He told me that the body is pretty much an old Castrol oil drum. The thing sounded awesome and looked kida cool too. So couldn’t go past it.

You recently travelled to Thailand, what were you doing there?

I went to thailand with a bunch of awesome people to shoot a documentary on finding waves and throwing a helping hand out where we could..

The idea for this film was to capture the amazingly beautiful landscape and hopefully get some waves in the process. As it turned out we did.
The other thing with this film is that my band and I (OXBLVD) have, and are still writing the whole sound track. The other aspect to this film is that we are going to be playing live to the film while its screening.
We plan on touring this hopefully half way through the year..
Keep an eye out for it.
The film will be called “The Land Of”.
Check out the blog of the trip
http://www.swellthanks.com/ And you made it on the radio over there?

That was hilarious! Ive been working my bum off over here in OZ trying to get on the radio, and I spent one day surfing in Thailand and ended up on the bloody radio over there hahaha. Who are the members in your new band OXBLVD?

Every show you play in Sydney seems to draw a massive, dedicated, crowd. Is Sydney your favourite place to play? If not where is?

We have been really lucky with the following we have so far, and we are super extremely grateful for that!
We haven’t really played anywhere but Sydney as this band yet! But we’re looking forward to doing some touring this year and hopefully gathering a following of people from all round OZ. What does the future hold for you guys?

MILLIONS OF DOLLARS, BENTLEYS AND MANSIONS!
HA! Nah, the future holds playing a shit load of shows around OZ and record our Ep this year And hop on the festival circuit this summer.. Then hopefully get back to the states to play some shows and eat number 1 with animals fries from In and Out!

Anything else you want to add, you sexy man?